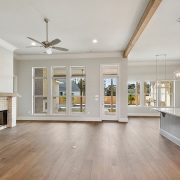 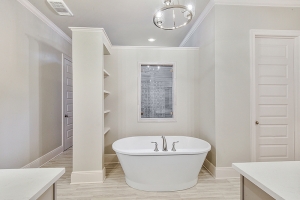 St.Tammany is keeping Mardi Gras 2021 alive this year in a special kind of way. Two Northshore krewes spread the “house float” idea that a New Orleans resident originated. Megan Boudreaux, an insurance agent in New Orleans, came up with the idea to keep Mardi Gras going through decorating her house as a float. She posted on social media to share her idea with a few friends and the idea spread from local New Orleans up to the Northshore and now has made its way to parts of Alabama and Mississippi.

“Everyone loved the idea and wanted to jump in to make their own house floats,” she said. “A shop owner decided to call her theme Yardi Gras, and it just exploded from there.”

The idea has been making its way through neighbors and friends who have been decorating their homes and office buildings to resemble floats. Many residents are also decorating their yards calling it Yardi Gras and for animal lovers, Mardi Paws is decorating doghouses and will have an animal costume competition.

Covington residence Gina and Buddy Campo decided to decorate their house as a part of the “Northshore House Floats” and Covington-centric “Rollin’ on the Three Rivers” krewes. The Northshore House Floats theme is special vacation spots so the Campo’s decked their home with a Jamaican flare calling it “Jamaican Me Crazy.”

To keep with their Jamaican theme, they created a thatched roof dog hut in honor of their three doodles Bourré, Dani and Gabbie Roux. The three were dressed up and photographed for the Mardi Paws’ Mardi Gras Costume Competition.

The community wants to lift Carnival spirits and is doing a great job of keep Mardi Gras alive this year.