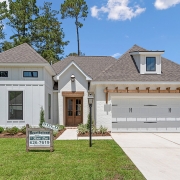 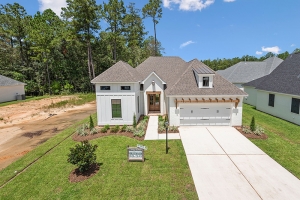 During the release of the National Association of Home Builders (NAHB) Survey of Construction (SOC) it was reported that over half (65%) of new single-family homes built in 2020 were constructed on slab foundations. The remaining accounted for 22% with a full/partial basement and 12% with a crawl space.

In fact, there is a wider gap between a slab and full/partial basement and this gap is still widening. This can be seen in the reports from previous years. In 2000 only 46% of new single home starts were built on slabs. This is not the case with new homes constructed on a basement. In 2000 36.8% were built on basements while only 22% were in 2020.

The percentages differ from region to region. New homes that were built on slab foundations were predominant in the West South Central (95.7%), followed by the South Atlantic (79.4%), next was the Pacific (97.7%) and still strong but a little under half in the Moutain Region (48.1%).

The climate in each region plays a big part in what types of foundations are used in that area. Homes that are built in colder areas must have their foundations built below the frost line. This means that the majority are built on partial or full basements. New England saw 79.8% of new homes built with full/partial basements, West North Central (77.2%), Middle Atlantic 69.5% and East North Central 54.3%.

If you are in the market for a new home, now is a great time to buy. Check with a local Realtor who can help you with the process from start to finish.