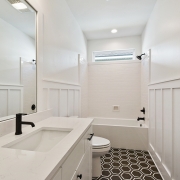 New Orleans has a great film production industry so it is no wonder People Who Think, a Mandeville-based advertising agency, is creating a new post-production company. The agency is headed by Republican strategist Jay Connaughton and will call the spin-off production company Cadence Post.

Cadence Post, the new company, has four employees and expects the number to double over the next year. The company is currently run by Rick Nelson.

“The sheer amount of work that has come back to the city in the last two years is outstanding,” Nelson said. “But there hasn’t been a lot of growth on the post-production side of things so we need to respond by building out that infrastructure.”

Currently, Film New Orleans has 11 television and movie productions that will be filmed now through mid-September. This number includes “Queen Sugar” and “Heart of a Lion.” Right now, the film promotion agency will send their raw footage back to Los Angeles or Atlanta to a more traditional filmmaking center. Nelson wants to fill this gap. These can include daily management and “sling shot” services, partnering with Los Angeles or New York as their on-the-ground entity while they’re shooting locally.

Their advertising agency has worked with big brand name campaigns for Coca-Cola, Mellow Mushroom, Welch’s Snack Foods and Chevron. Currently, they are working on an advertising campaign for Rev Broadband and have worked on programs for Outdoor Channel and Lifetime in the past.

Tips for Getting the Lowest Mortgage Rate