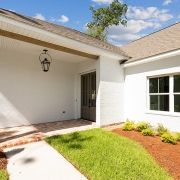 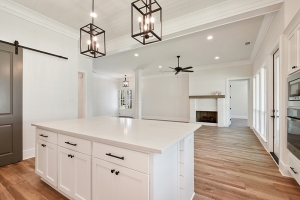 According to the data found in the Consumer Expenditure Survey (CES) data from the Bureau of Labor Statistics (BLS), the National Association of Home Builders says that new home buyers and existing home buyers spend thousands of dollars or more on in the first year of owning a home on appliances, furnishings and remodeling. This estimate is derived from the pre-pandemic (2017 – 2019) data collected.

NAHB’s report found that during the first year after the purchase of a new construction home, a homeowner will spend on average over $9,250 on their home over a non-moving home owner, and those that purchased an existing home spent around $5,240 over non-moving homeowners. This shows that a home purchase causes an increase in spending. These expenditures are mostly on things like appliances, furnishings, and remodeling.

New home buyers also spend a lot more on property alterations and repairs.  A typical new home buyer is estimated to spend almost twice as much on these projects ($9,288) compared to a similar household that stays put in a house they already own. When looking closer, the study showed that these expenses were from building outdoor features such as a pool, patio, fences, and landscaping.

When someone moves into a new home, they also want to have some new furnishings. This also triggers bigger spending. It is estimated that a new home buyer spends around $3,000 or more on furnishings during the first year of owning a home and $1,870 on appliances.

If a new home buyer purchases an older home, this price can go up even more. It is estimated that they tend to spend around $5,238 more on remodeling, furnishings and appliances. The majority of the spending is on property repairs, alterations and remodeling projects. Homeowners that do not move will spend around $4,282 in a year on home projects while those that buy existing homes will spend around $7,400 during the first year after closing. The data shows that home buying does spark additional spending.

A New Post-Production Unit Now on the Northshore