With the advent of sophisticated, up-to-the-minute real estate websites, organizations such as the Federal Reserve, economists, and banks are utilizing every tool that they can find to be able to predict home selling and buying trends, in order to make the best

decisions that they can about housing stocks and housing portfolios.  Unlike the stock market which is closely governed by the Securities & Exchange Commission and has results that can be monitored and thus predicted, the housing market has been a volatile, if unpredictable commodity that has previously been separated out and graded by regional information across the United States.  Because Zillow and Trulia are able to instantly access a multitude of MLS (Multiple Listing Service) feeds – lines of coded information taking the latest updates of listings, sales, and updates to real estate listing which are being inputted by Realtors on an hourly basis – analysts are now able to collect data on a weekly and monthly basis in order to predict which markets are on the rise in real estate sales, which markets are stagnant, and which markets are falling.

One of the indicators which economists have been watching lately and producing papers on are the rise of home prices.  During 2013, home prices rose at dramatic paces through many months of the year, breaking records that pre-dated the Great Recession.

These home prices seemed to be rising so fast that economists became worried that they would create another housing bubble and dump the United States into yet another Recession once they reached unsustainable highs.  In other words, the housing market would “price itself out of the real estate market.”  However, at the end of 2013, housing prices leveled off and had only moderate spikes in most major markets.  Interest in predicting the housing market came through the close scrutiny of this process throughout 2013 when economists and analysts starting piecing together the data from Realtor websites as well as national websites such as Zillow and Trulia.

Prediction of home sales are based on some tried and true, simple methods such as supply and demand.  Many houses on the market for a higher price won’t sell, therefore, sellers will drop their prices in order to move houses.  So, too much supply will 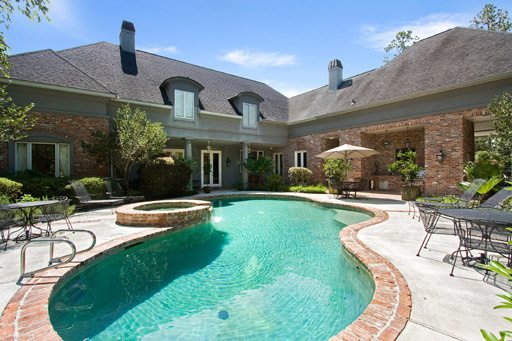 lower the cost of houses.  If there are few homes on the market, and it is a seller’s market (which it seemed to be during 2013), then the seller can name their price.  New Orleans, Louisiana is still currently experiencing a seller’s market in certain neighborhoods downtown.  The Garden District, Uptown, and Mid-City are all seeing homes go on the market, and within 24 hours, a home will have bids going among 5 different interested parties.  Realtors in these Greater New Orleans areas are also contacting homeowners who do not have their homes for sale to ask them if they would be interested in selling their home because they have run out of locations to sell their clients.  These pockets of demand seem to be popping up all over the United States as the once stagnant real estate market is once again, picking up speed.  In New Orleans, this trend is because of the increase of available jobs in the Central Business District which is seeing an increase of out-of-state employees coming to New Orleans to work in the tech and film industries.

Even though the housing market has been predicted on a broad scale before, there are still many investors and participants in the stock market who have “bet on housing stocks.”  Therefore, this influx of detailed and timely data has been a boon for those that are heavily vested in the real estate market, especially on Wall Street.