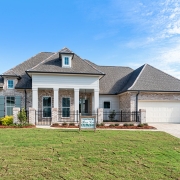 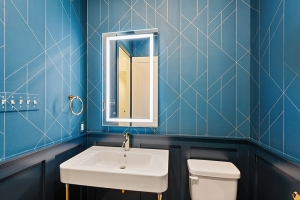 Along with the expansion there will be a new restaurant by BRG Hospitality and a renovated Star Theater. The Star Theater will offer a boutique bowling alley, upscale lounge and music stages.  The expansion has around $17 million in new investments and will be considered the largest transformation of the historic district since the renovation of The Southern Hotel in 2014.
The Southern Hotel boasts 48 rooms and is a boutique style hotel in the heart of downtown Covington.  With the expansion, it is planned to add additional rooms, condos and retail space.  The retail space will be modeled after the 1940s-era storefronts and there will be an additional 43,000 square-foot Mission-style building built on land.  The new building will be named the Summer House and have retail space on the first floor,  hotel rooms on the second floor, a full-service spa on the third floor and four condos on the fourth floor.  The total new building will cost around $11 million.
The Star Theater, a 1942 movie house, will be renovated and will be the largest of the downtown Covington Theaters.  The theater has been vacant since Katrina and before was split into two theaters in the 1970s. The $3 million to $5 million project will include a six-lane boutique bowling alley, and an upscale lounge.  Eventually there will be plans for a roof-top lounge with stages for small acoustic bands.
“We had gone past it so many times, I tried for six months to negotiate a purchase,” said Warren Salles referring to the Star.
The new restaurant by BRG Hospitality will be called TAVI and will be housed in a former barbershop and law office.  TAVI will be under Fariz Choumali, who has been leading the kitchen at Shaya, and will offer a Israeli-Lebanese inspired menu.
“Downtown is becoming a night-time destination, and we have to embrace that,” says Covington Mayor Mark Johnson.  The area has already begun to see an increase in activity since the restrictions from the pandemic were lifted.  “We’re not Mayberry anymore. We’re Mayberry on steroids,” says Johnson.
Click Here For the Source of the Information.
https://www.ronleehomes.com/wp-content/uploads/2-142-Maison-du-Lac-Front-Exterior.jpg 533 800 Jennifer Graves http://www.ronleehomes.com/wp-content/uploads/Ron-Lee-Homes-New-Logo.png Jennifer Graves2022-11-16 18:51:552022-11-22 19:01:23Covington’s Southern Hotel to Expand
Slidell Christmas Under the Stars 2022, December, 2022