Custom home building is going strong in Louisiana and at Ron Lee Homes in West St. Tammany Parish. The 2014 Census Bureau’s Survey of Construction (SOC) reports that 34 percent of the homes built in the South Central Region were custom built.  This means the home was built for you the owner, by a custom home builder, who will either build on your lot or build on a lot owned or purchased by the builder in the area of your choice in St.

Tammany Parish. The other 66 percent were spec homes (speculatively-built homes) meaning they were houses built for sale or houses finished on a builders’ lot, ready for a home buyer to purchase. The house was sold to the potential buyer at one total sales price instead of selling the house and selling the land separately.

The SOC defines new home starts into several different categories which include houses built for sale, houses built by contractors, homes built by owners and for rent houses.  Not only does the SOC report if the houses are built for sale, by contractors, owners or for rent, they also report if the new home starts are being built in a community development with a homeowner’s association (HOA).  The HOA is created while the development is being built, and then ownership is turned over to a homeowner board which enforces private deed restrictions and maintains common areas.  In 2014 it is reported that 58 percent of single-family homes were built in a community with a homeowner’s association.

Why the uptick in the custom home market?  Many speculate that the limited builders’ means to borrow money 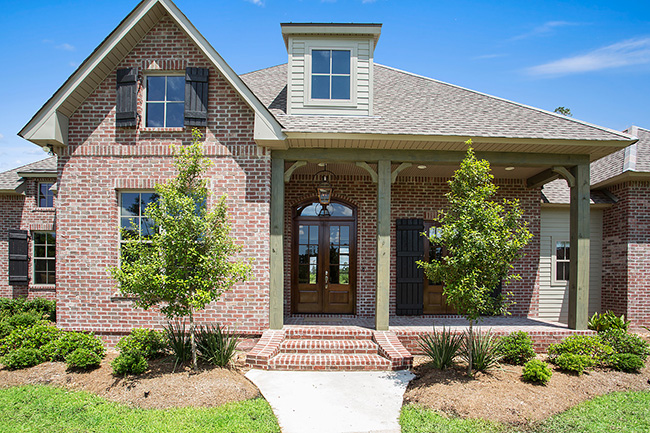 via Acquisition Development and Construction (AD&C) loans have put a damper on their ability to purchase land, build a home on the land and sell the house to a potential buyer. Borrower restrictions are not new, so custom home building is the logical route to take for any builder that has vast experience and “comfort” in being able to build custom.  It was estimated that in 2014 one in four new home starts were custom homes. The custom home market is still on the rise and has reached levels above 2012-2013 but is still below the 2008-2011 levels.

At Ron Lee Homes, we build custom homes in many different subdivisions in the area including Terra Bella Village, Bedico Creek Preserve, Maison du Lac, and many more.  These communities also have established homeowners associations as well, and have lots available to buy and build a new custom home.  If you are interested in designing and having the home of your dreams built in St. Tammany Parish, Contact Ron Lee Homes at 985-626-7619 or e-mail Info@RonLeeHomes.com.