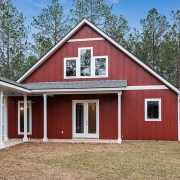 Habitat for Humanity is building a new 154-home community close to Terrytown. The New Orleans affiliate says this is the largest-ever project that they have built in the New Orleans metro area. Fifty of the homes will be built for people 55 or older. 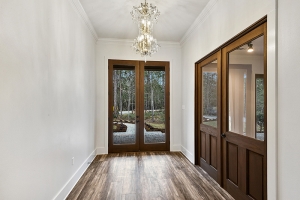 Billionaire philanthropist MacKenzie Scott has given the local Habitat for Humanity $4.5 million for the project. Marguerite Oestreicher, executive director of the local chapter, praised Scott for her generosity. In fact, Scott’s donation is the largest donation both the local and national Habit organizations have ever been given.

“When you get a transformative gift like this it gives you an opportunity to innovate,” said Oestreicher.

The new community will be located on the property site that was formerly Plantation Golf & Country Club. The 44-acre tract is off Behrman Highway and is planned to be called Rising Oaks. The $56 million project will be developed by Woodward Design & Build along with architect Garrity & Accardo.

The neighborhood will consist of a mix of two, three, and four-bedroom homes. The remaining 50 homes will be cottage-style homes for older residents. The remaining land will house a community center and retail center, including a health center, restaurant, pet store, bank, and many other retailers.

This will be one of the first projects Habitat has started from the ground up in the area. It was a rare opportunity for the chapter to build a live, work, and play community from scratch.

“It has allowed us to plan a community that is livable, walkable, green, and beautiful,” she said.

In order to be allowed to live in these mid-century architecture homes, you will have to qualify. Residents will qualify if their income is between 30% and 80% of the median New Orleans income which is around $20,000 to $57,000 a year.