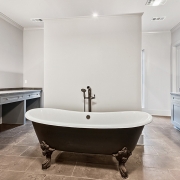 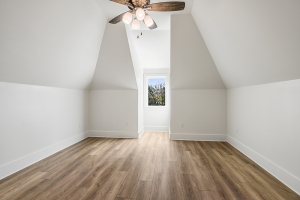 The Gloriette, the new restaurant in the Southern Hotel in Covington, opened just after Mardi Gras. Amy and Jeffrey Hansell, who owns the Thorny Oyster, in Mississippi, opened the Gloriette which takes the place of Oxlot 9. The restaurant glorifies local Louisiana cuisine and offers drinks at the bar, Cypress Bar which is connected to the restaurant.

The new restaurant has a “theme of garden verdure” which compliments the old oaks outside of the hotel. Hence the name the Gloriette which means a garden pavilion in French. Patrons can view these oaks through the dining room that is lined with windows. The restaurant has white tile floors with baby blue walls and lattices. Among the walls are murals of blooms and garden scenes.

A veteran of the local culinary scene, executive chef Steven Marsella has an amazing way of creating dishes from local French cuisine. Marsella is from Providence, Rhode Island where he completed culinary school and began his career “at one of the city’s most ambitious seafood restaurants.” In New Orleans, he helped open Emeril’s Restaurant and recently was the corporate chef for Creole Cuisine Restaurant Concepts.

The French-inspired menu has many dishes that the chef himself created. Dishes include pork and clams Alentejana, crab gumbo, oyster stew, steak tartare and steamed mussels with Calvados, fried oysters with brie fondue, and a crawfish tagliatelle and lank of flounder thickly encrusted with crab and torn morsels of brioche. There are also fabulous desserts at the St. Tammany restaurant. These include apple galette and strawberry trifle.

The West Bank Will See 154 New Homes Thanks to Habitat For Humanity and One...