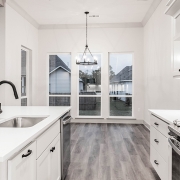 What caused the slow down in mortgage rates in August 2022?

The drop in mortgage rates during the period ending on August 18, 2022 was due to the ease in inflation concerns.

According to Freddie Mac the mortgage rates have dropped due to the ease in inflation conerns. For the weekly period that ended August 18th, the 30-year fixed-rate mortgage came it at 5.13% which was a decline of 9 basis points. 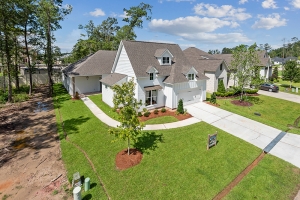 Good news as this stops the 23 basis points jump that occured just one week prior. This year has seen rates have change rapidly and unpredictably. Since April, the 30-year rates have gone between 4399% and 5.81%. This is up from just a year ago when the 30-year average was 2.86%.

The rate drop also was seen through the average 15-year fixed rate. Currently it dropped to 4.55% from 4.59%. A year ago, the average for the 15-year fixed-rate was 2.16%. In fact, the average of the 5-year Treasury-indexed hybrid adjustable-rate mortgage fell 4 basis points to 4.39% from 4.43% week over week. At the same time last year, the 5-year ARM sat at 2.43%.  The catalyst to the decrease was due to the inflation not rising so much in July as economist predicted according to the Consumer Price Index.

“While both consumer and producer prices showed increases in July, the rate of increase slowed substantially,” said Paul Thomas, vice president of capital markets at Zillow, in a research statement.

“Inflation appears to be beyond its peak, which has stopped the rapid increase in mortgage rates that the housing market was experiencing earlier this year,” Freddie Mac Chief Economist Sam Khater said in a press release.

“The market continues to absorb the cumulative impact of the large price and rate increases that led to a plunge in affordability,” Khater said, noting current levels are unlikely to change substantially.

“As a result, over the rest of the year purchase demand likely will continue to drag, supply will modestly increase and home price growth will decelerate,” he said.