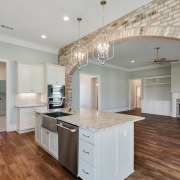 According to the Federal Reserve Bank of Kansas City single-family home construction is in store for a bright future.  A new study found that the years of underbuilding will come to an end.  This has left us in a deficit estimated at more than one million homes according to the National Association of Home Builders. 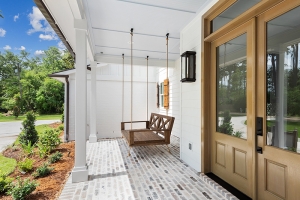 Jordan Rappaport, a senior economist at the Federal Reserve Bank of Kansas City, points out several points that align with the NAHB’s Home Building Geography Index data.  The key findings are on commute times, telework and home construction.  Those that work in a large metropolitan area, say that the largest concern about the suburbs is the commute.  The benefit is hybrid working which reduces commute time and expense.
The reduction in commuting  will encourage more single-family permits but it will be a slow increase.  There are many headwinds that the National Association of Home Builders have reported that will prevent a quick boost in permits.  For example, when single-family construction begins to rebound, supply constraints are likely to slow its climb to its predicted long-term rate.  Moreover, shortages of workers, construction materials, and ready-to-build lots are all likely to constrain the growth of single-family construction in the short term.
Even with push back, the jump in construction of single-family homes will provide a long-term growth period for home building.  Once the single-family home construction begins to ramp up, it is predicted to remain high for years to come.
Click Here For the Source of the Information.
https://www.ronleehomes.com/wp-content/uploads/12-142-Maison-du-Lac-View-From-Kitchen.jpg 533 800 Jennifer Graves http://www.ronleehomes.com/wp-content/uploads/Ron-Lee-Homes-New-Logo.png Jennifer Graves2022-11-11 18:33:032022-11-22 18:37:27A Bright Future Might Be In Store For Single-Housing Home Construction
Christmas at TerraBella, December 2, 2022

Are Building Material Prices Still Up?
Scroll to top