Just like summer in Louisiana is hot in July, the housing market nationwide heated up this summer with new home sales activity rising to 507,000 homes sold. The Census Bureau and HUD reported that newly built home 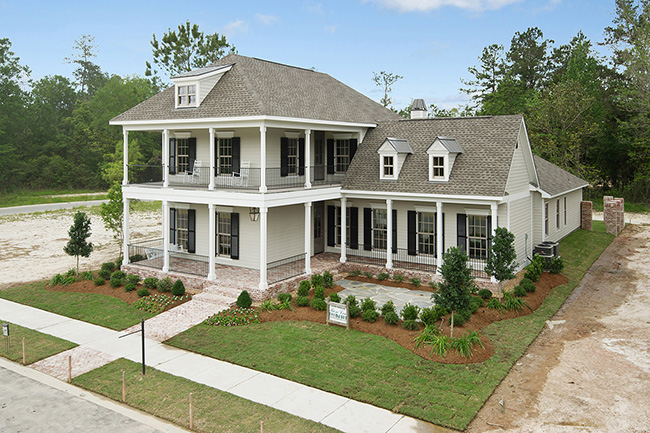 sales rose 5.4% from June and 25.8% from July of last year. New home inventories were reported at 218,000 in July which is the highest level that has been seen in over five years.

Developers, new home builders, and custom home builders are not the only ones that are seeing a positive growth, the National Association of Realtors (NAR) reports increase in existing home sales. Existing home sales increased in July 0.5% from June and 7.4% from July of last year. Completed transactions were reported at the highest since February 2007, which was the beginning of the downhill slide of the Recession.

Home buyer confidence stems from the strengthening economy overall with increased spending. The Bureau of

Economic Analysis reports that the Gross Domestic Product (GDP) grew to a strong 3.7% rate. These findings were based on several factors including investment, faster growth for consumption, government spending and trade components.

Now is the time for buyers to tap into the housing market. Sales are solid which makes the real estate market a stable vested interest. New home prices are continuing to strengthen making real estate a great investment. Interest rates continue to remain at record lows with the reluctance of the Fed to increase interest rates. The Department of Housing and Urban Development have rolled out new loan products which require a much lower down payment on FHA and some conventional mortgages. Best of all, there is a spectacular new home builder in St. Tammany Parish which builds new, custom home exactly to your specifications and design. These new homes are designed and built to withstand the test of time and elements with energy efficient green building techniques as well as the best, most quality components to ensure the strongest and best built new home in St. Tammany Parish. For More Information, Call 985-626-7619 or E-mail Info@RonLeeHomes.com.