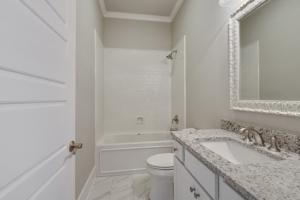 The year is coming to an end and we have now seen the second cut in rates in 2019. The Federal Reserve announced that there will be a reduction in the key, short-term federal funds rate by 25 basis points to a top rate of 2%. The cut stems from a set of increases enacted in 2018.

Another big move on the Fed’s part was a reduction in the interest rate it pays on bank reserves. This move came in hopes to improve the ability of the Fed to target the federal funds rate in markets.

Concerns in the future economy has the Fed’s leadership in disagreement and their hold on the interest rate it pays on bank reserves in a weaker state. Fed regional presidents, members of the FOMC, had a disagreement that was the highest number since the year 2014. Three of the Fed regional presidents voted no for the change in in the rate. Two opposing it altogether and one urging a 50 basis point reduction.

Even with a few concerns the Fed’s still believe the labor market is strong and the economy is still rising at a “moderate” rate. This fares the same in the home building industry. Household spending is still going strong.

The action of reversing the high cycles of 2018 has been a positive in the decline in rates this year. This has been a net positive for what the future holds for the housing demand and home construction. This comes off the 10-year low for housing affordability that occurred last Fall.

The National Home Builders Association forecast there will be another cut before year end.