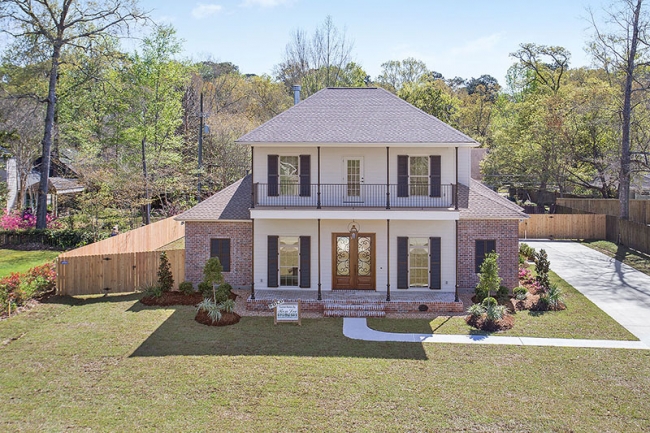 Ron Lee Homes was referred to us by a friend who had them build a home fifteen years earlier, and all these years later remembered the joy of working with Ron and Nancy and could attest to how well the home was built.  We then took the suggestion and contacted Ron and Nancy, and after meeting with them twice, it was evident that compared to the other contractors we had spoken with, they would be our choice.

In February, Ron Lee Homes completed our home in Madisonville, and we could not be happier. Ron and Nancy took our ideas and worked with us on designing our home the way we had envisioned it.  They then guided us every step of the way, making suggestions as the building process went along.  The subcontractors they used were top notch and paid great attention to detail.  Most of the contractor Ron later told me had been with them ten-plus years, which makes sense because they trust them to do the job correctly.  All the suppliers they used were the same as the contractor’s – top notch. They all provided us with plenty of choices, as well as educating us and making suggestions which was greatly appreciated.  Then there were all the employees at Ron Lee Homes who were a joy to work with; they also were helpful and always just a phone call away when we had a question or wanted to know if we could chanage something.

We would recommend to anyone planning on building a home: contact Ron and Nancy; you won’t be disappointed!